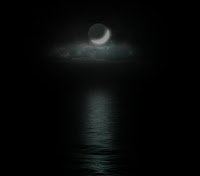 With summer winding down and fall quickly approaching, the sun is appearing later each morning and leaving us in the dark earlier every evening.  Even at the peak of summer you have to get up before the crack of dawn to beat the heat (at least around here you do).  But running in the dark can be dangerous.  So what's a runner to do?

Sure, you could do all your morning or evening runs on the treadmill, but that's no fun.  Which means...you need to be prepared to run in the dark!  A good article about safely running in the dark was recently posted by a local running club on facebook and I'm sharing it here:

Safety Tips for Running in the Dark: Stay Safe When Running at Night or in the Morning.

Take a minute to read the article - it's got some VERY important safety tips!  I never run alone in the dark, so some of the items didn't really apply to my personal situation, but very often my running group starts our Saturday long runs in the pre-dawn hours.  So as I was going through each item, I made a point to evaluate my personal choices when I run in the dark.

Having a well-lit route, running against traffic, running with a buddy, carrying a cell phone and I.D., and being mindful of your surroundings are all extremely important, but as I see it, the NUMBER ONE item on the list is to MAKE YOURSELF VISIBLE!!!  Other runners, bikers, cars, etc. need to be able to see you!  When we're running in the dark, I have the following items on me to help with this: 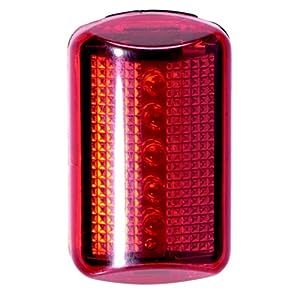 Do you run in the dark?  Did the article make you re-evaluate any of your choices?  Do you have any "must-have" items for your dark runs?  Do you do anything the article doesn't mention that you'd like to share?
0 comments

Bad Ones Make You Appreciate the Good Ones

Yesterday was one of those bad runs that makes you appreciate the good ones.  It had all the earmarks of what should have been a great run:

The last two weekends we've been out of town and my runs were on a hilly, decomposed granite trail.  I've run on the trail before, and it's a good route, but hard on the legs - especially for long runs if you're not used to it.  Two weeks ago, I overslept and only made it two miles before the surface, the hills, and the heat got to me and I moved inside to put in some miles on the exercise bike.  Last week I got in 16 miles, but was supposed to do 20 (actually, my goal minimum was 15, so I was ok with that).

Needless to say, I was ready for a really great run, and was anticipating it in Saturday's.

I was looking forward to yesterday's run all week, because I just knew it was going to be a good one.  But, much like a football game, stats on paper don't mean anything until you get out there and play the game.  And yup, I called that one all wrong.  I woke up feeling tight but figured I'd work it out with some stretching and I'd loosen up in the first couple of miles.

As we set out, my calves were so tight that every stride of the walk segments was painful, which must have altered my foot placement, too, because my left flexor started sending intermittent shooting pains up the outside of my calf. Blerg. I turned back (with an awesome running buddy) at 1.5 miles and walked most of the way back to the car (running actually felt better than walking, but I needed to keep stretching my calves).

I only got a total of 3 miles in. Grrr.   There was lots of stretching and foam rolling going on around the house the remainder of the weekend.  To get some of the missed mileage in, I'm going to add at least one extra mid-week run in this week, and tack on an extra mile or so onto each of them.  Also, I'm going to foam roll more than usual and perhaps add in an extra "Yoga for Runners" session.

I want to make sure I'm plenty loose before re-trying 9 next weekend with the group.  And I'm hoping it's one of the "good ones."  I figure I'm due after the last few weeks.  Can't wait to get back at there and conquer the run, because I know I can.

How do you recover from a bad run?  Re-hash and analyze what went wrong?  Move on and cross-train with something else to re-build confidence?  Tackle the next one with a vengeance?
0 comments