***I found this old race report floating around, un-posted, so decided to go ahead and post, just for fun...***  This is from the January 2014 Too Cold to Hold race in Dallas.

So, the blog's been a little quiet lately - not much to talk about.  Training for the Donna half had been okay - a few big hurdles but nothing that was going to keep me from finishing.  I had a really bad cold that settled in my chest (turns out maybe it was bronchitis?) and that kept me from running at all for a few weeks, so I had to start back slowly, then tweaked my left knee on the stairs (doh!) and ended up skipping a long run just to be on the safe side...

Because I'm a bling whore, when I saw the Too Cold to Hold / Too Hot to Handle race package last year I knew I needed to sign up for it, despite the rather extreme racing conditions ... because check out these medals, peeps.  Awesome, no?  And they FIT TOGETHER!!!!  Must have them!  So I signed up for the cold 10 miler and the hot 15K. 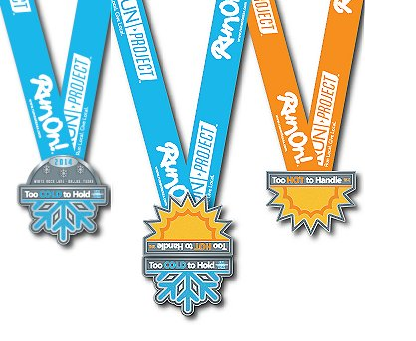 Too Cold to Hold was yesterday morning, and this was the weather forecast, true to the race's name: 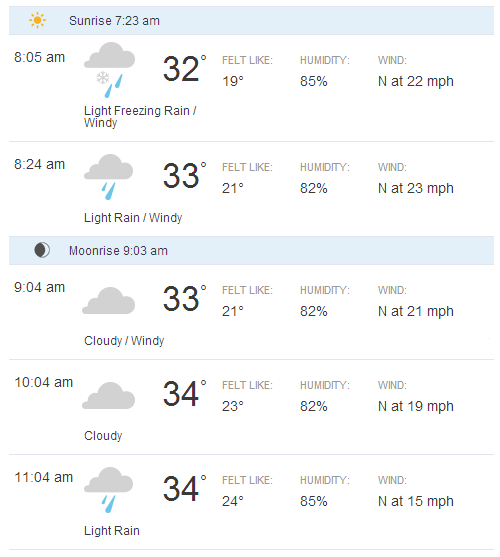 Brrrrrrr.  Honestly, if not for the conjoining medals, I probably would have DNS'd this race because of the weather conditions.  And standing at the start line it looked like a lot of people had done just that.  It was COLD.  and WINDY.  At the 5 mile turnaround I made the decision to switch from the 10-miler to the 5-miler, just so I could be out of the cold faster, lol.

The race director/company always puts on a good race and has a nice after party.  They were well-prepared with hot chocolate, and portable heaters, but it was just so cold I didn't stick around too long afterward.  You can't really tell in this picture, but there was ice forming on my hat after I finished.

Buckling Down and Streaking 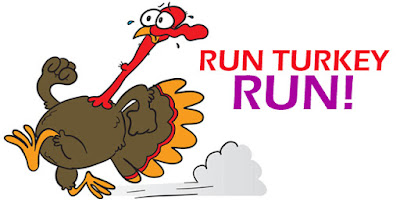 If I had a dollar for every time I've said "I need to do something to change this" over the last year, I'm pretty sure I'd have a good chunk of next month's mortgage.  I have gotten entirely too complacent with my training - barely following a plan and settling for "good enough to get me through" for months and months on end.

Somthing's GOT TO change.  SERIOUSLY.  Time to buckle down and RUN.

I'm not big on follow through.  I'm great with the grand ideas...that tend to fizzle out in execution.

So, when Runner's World posted their annual #RWRunStreak Challenge, I was tempted because it would be a great way to force myself to get back on some kind of plan - but, would I actually get past day 2 or 3?

Then a friend announced her commitment and she and I talked, and decided to be #StreakBuddies, so between the plan, the need to prove to myself that I can do it, the accountability of having a buddy, and the need to just do something, I think I've got my goal - and it's attainable.

The plan starts with a Turkey Trot today, Thanksgiving Day.  So I'm toeing the line, literally, in downtown Austin for their annual 5-miler.  Day one, check!

Saturday's 12 miler was the last long run in my training plan before the Dumbo Challenge.  It was hot, humid, and uphill home, but we toughed it out and got it done.  Didn't break any speed records, but we covered the distance without any major issues, and that's about all I can ask for at this point. 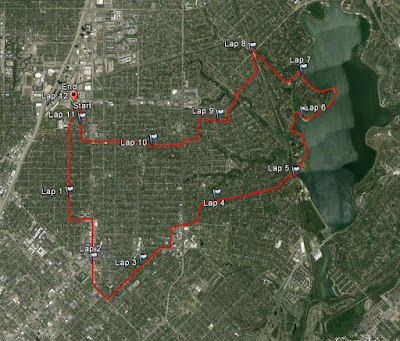 Since Saturday's run was "just" six miles, I decided it was the perfect opportunity to try out part(s) of my costume for the Disneyland 10K in a couple weeks.  I'm not going to ruin the surprise by telling you what the plan is, but I'll show you this little teaser below...

I wanted to make sure that this, along with the top and skirt I have chosen, will be acceptable for 6.2 miles...and they were!  I need to reduce the length of the cord a little bit so it's less noticeable to me on the "upswing," but otherwise, it was a great test run!

Still worried about the Dumbo Challenge, but getting excited about the trip and seeing friends!
0 comments

The first 10 minutes of a treadmill run are the hardest for me.  On an outdoor run, getting out the door is the hard part.  On the treadmill, staying on the treadmill when I really don't want to be there is the hard part.  It's a little too tempting to just push that red stop button and step off if it's a hard run or you're just not feeling it...I'm not going to lie and say that I've never done this...at least once I got the TM in the house.  So, I have to get myself through the first 10 minutes.  Once I've reached that mini-milestone, completing the rest of the run is usually no problem.

Wednesday morning I chose to sleep in rather than get up and run, so I knew I had an evening run ahead of me, and I was dreading it all day.  Several times I had to talk myself out of skipping it - before I even got home!  So, immediately after I got to the house I ordered myself upstairs to change into running clothes so I wouldn't get comfy on the couch and while away the evening.  After a little procrastinating, I started channel surfing to find the "right" show to watch while running, and lo and behold, Pitch Perfect was on!  So I turned up the volume, flipped the switch on the TM, and started to move.

It still wasn't an easy run, but it was certainly made more enjoyable to have one of my favorite movies on, and the first 10 minutes just flew by!
0 comments

Email ThisBlogThis!Share to TwitterShare to FacebookShare to Pinterest
Labels: treadmill

Welcome to North Texas in August - the thermometer on the back porch (in the shade) officially registered 104 here on Sunday.  We've been hanging out pretty steadily in these temps for a few days now, and are forecast to endure a few more days of this before a "weak cold front" dips us back down into the high 90's later in the week.  Sad when you get excited about double digits. 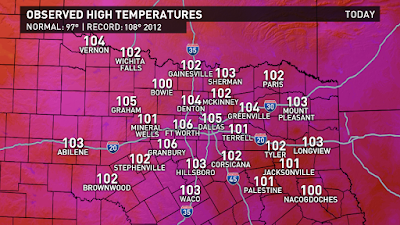 Whew, let me tell you, this made for a pretty uncomfortable run on Saturday morning.  Even "only" doing 6 miles, and starting at 5am (already 84° at 5am) was pretty brutal.

On the bright side, training in these temps should, theoretically, make at least a couple of my fall races feel a little easier...  ;-)
0 comments

Email ThisBlogThis!Share to TwitterShare to FacebookShare to Pinterest
Labels: heat

Too Much and Not Much to Say...

I can't tell you how many times in the past six months I've sat in front of this screen and started to write something...anything...   It's not that I haven't had much to talk about (anybody who knows me in person, feel free to laugh at that thought), it's that sharing those thoughts didn't seem relevant.  I'd start a post about something on my mind, but then re-think and delete it because it's "not important" or "nobody wants to read that" or "this is just me whining about being slow" or "no one wants to hear about my lack of motivation AGAIN."

So instead of posting anything, I end up tweaking the page layouts, or updating my race schedule, or cleaning up the sidebars (looks better, no?  If you don't think so, don't tell me.).  I've been "on" the blog plenty...but still no new posts to be seen.

Here's my quick update just to prove I'm still alive and kicking, and still training.  Though training is...a loose term.  My Galloway group started up again at the end of May; I'm still a PGL and we've got a great group.   I'm slower than I'd like to be, but that's working out okay given our target training pace for our group members, but I still need to be pushing myself more mid-week, both in pace and mileage.

Right now I'm doing good to get in 2-3 sessions during the week and the long run on the weekend.  The weekday sessions are at least one run, but sometimes it's one run and one fast-paced walk or one run and two fast-paced walks, the second run has been kinda infrequent.  I'm having trouble finding the motivation for a second weekday run later in the week, and it's either too hot in the evenings or my bed is much more comfortable than the treadmill in the morning...

Next race up is the Dumbo Double Dare Challenge.  And challenge is precisely the right word.  The 10K and Half combination is exactly what I did at WDW in January with Minnie and Donald, but it wasn't part of a combo race, so the pressure wasn't on.  But they've released the medal designs, and they're awesome, so I'm going to do everything in my power to have that bling around my neck by the end of the weekend!  I'm also counting on some extra motivation from my excellent race partner, Nikki, who may have to drag me through parts of that half marathon course, but I think we'll get it done.

I mean, those are worth dragging my ass through 19.3 miles of L.A. heat on Labor Day weekend, right?  Definitely.

I'm not going to make any promises about trying to be better about posting...I'm just going to go with the flow...posts will happen when they happen.  :-)
0 comments

I'll spare y'all the details of my lackluster races...long story short - I got to see and spend time with great friends and family, both during and outside of the races, and I earned awesome bling, which were my two real goals for the weekend.  So, to make things less boring, I'm just doing a weekend recap in pictures... 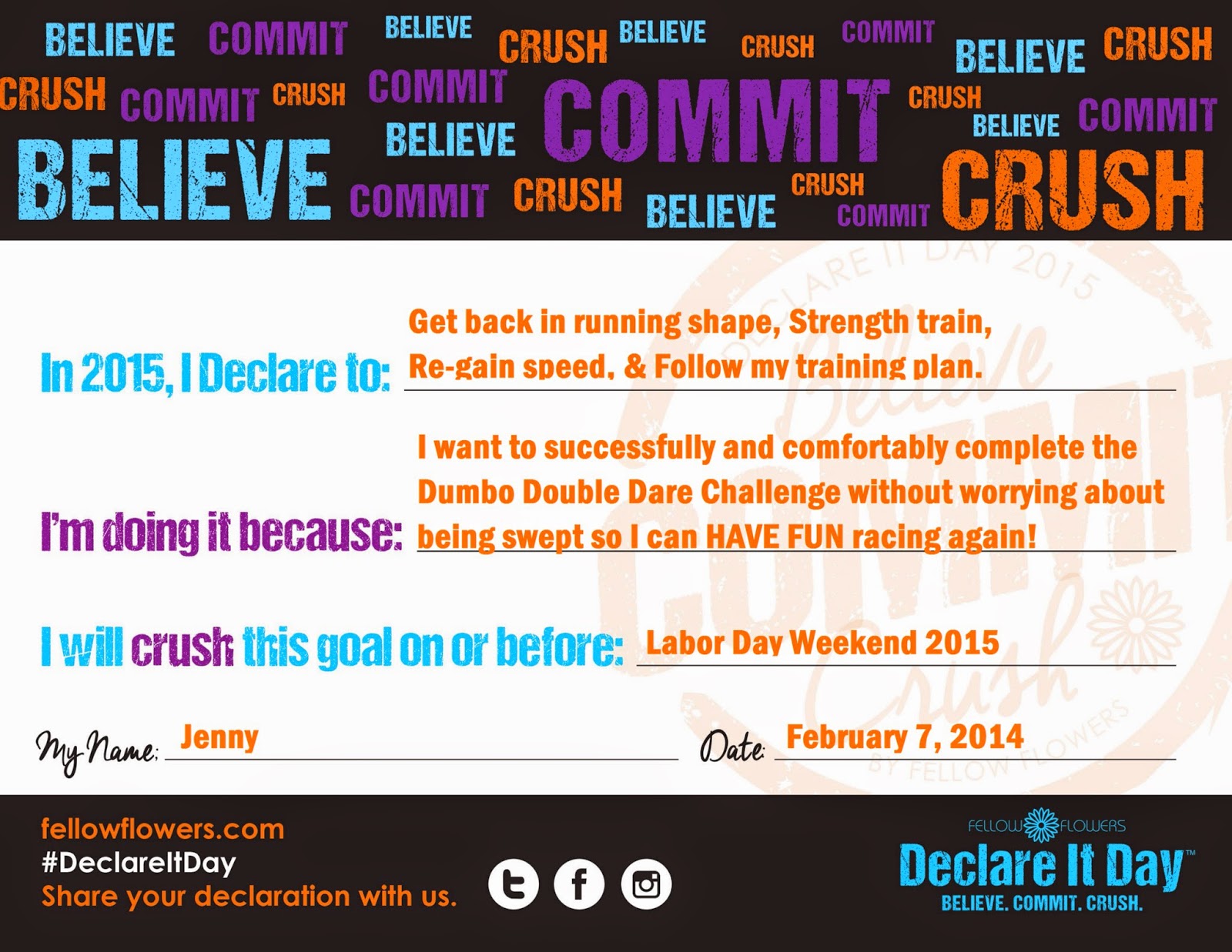 Based on my races at WDW Marathon Weekend, this NEEDS to happen.  Pictures, chip times, and post-race aches and pains don't lie.  Got to get my rear back in gear and concentrate on getting back in better running shape.
0 comments